Using an approach that targets redundancy in cellular networks to provide backup routes for service a Hacker has determined how to intercept or perform DoS attacks on practically all LTE phone service.   Read more on TheRegister.com:

Every LTE call, text, can be intercepted, blacked out, hacker finds 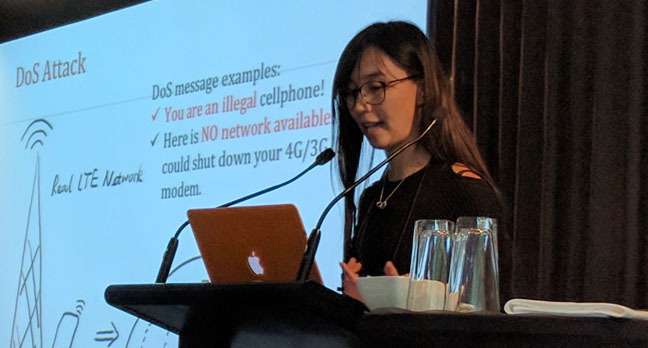 An Italian teen who we will call talented but irresponsible found  and developed an exploit of Apple’s Mac OS.  Talented in that he could find not just one but two in the relatively secure Mac OS.  Irresponsible in that he published the details on GitHub only hours after notifying the software giant of his discovery.  It is customary to allow the developer time to address and patch an issue before disclosing it to the world for every hacker to jump on and exploit.  What he did by discovering the flaws is commendable.  But by disclosing them without any adequate time for the developer (Apple) to respond is reckless and causes a large issue opening even more computers to hack attempts because of his rush to seek fame.

We need an early bird to catch this “w0rm”.  The hacker know as “w0rm” used a SQL injection flaw to break into part of the Wall Street Journal and compromise some data.   Read more below in this story on..

Ever wonder if you need a tech to review your network?  Do you keep up with the tech news and security bulletins?  If not, then you would benefit from having a tech review your network at least periodically.  Here is yet another reason.. Network World article by: Ellen Messmer. Hacker handshake hole found in common firewalls.